Surviving The Dreaded PBS Audit – How To Keep Your Sanity 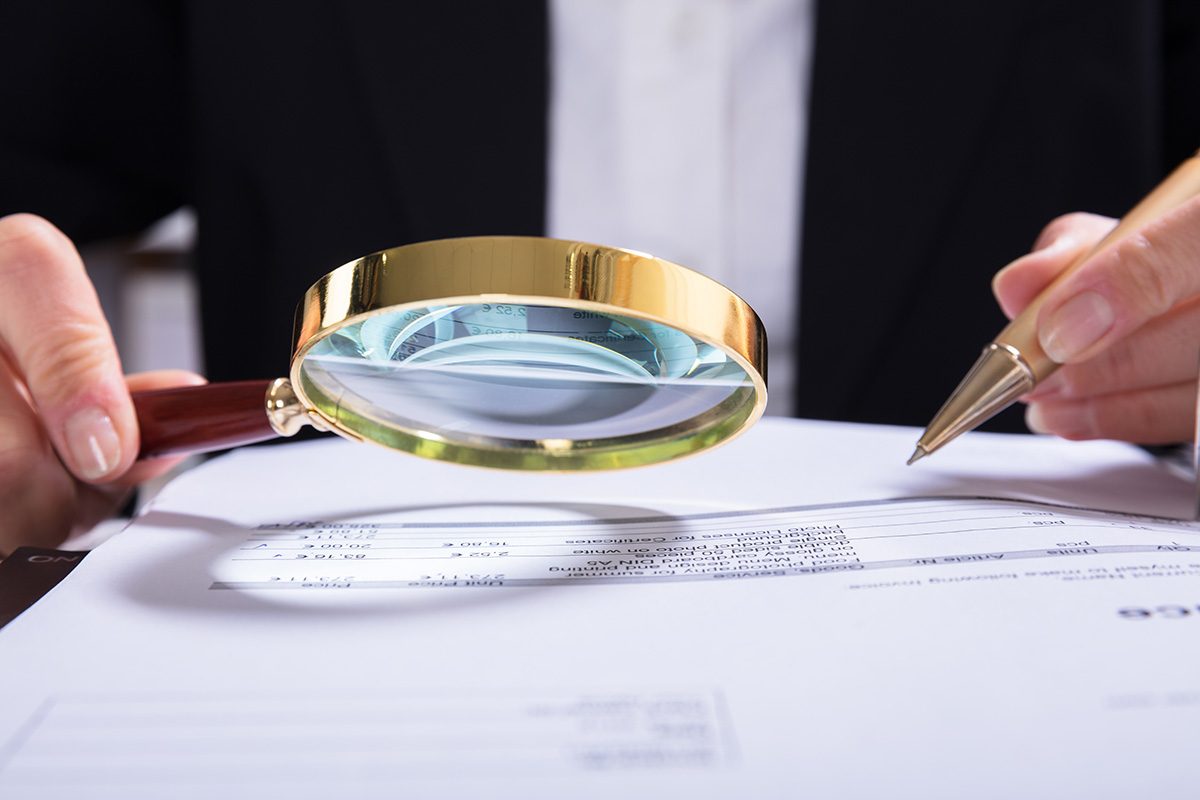 A PBS audit can be costly; both monetarily and in precious time. Here, two pharmacy owners speak about their experience undergoing audits – in a standard and a compounding pharmacy – and key steps to take to make sure you don’t end up in the same boat.

Brendon Moar is a community pharmacist who graduated from La Trobe University in 2003, before working in Melbourne’s CBD and Geelong. In 2004 he moved to East Gippsland for an opportunity to manage a pharmacy with potential for partnership. “I was really well supported by the proprietors and my peers located at other pharmacies within the same pharmacy management and buying group; they invested heavily in business and retail training and I quickly became an effective business operator and leader,” Brendon says. “In 2012 I entered into a partnership in a larger pharmacy in Bairnsdale. If the volume of debt was not daunting enough, the Rudd government announced accelerated PBS prices almost immediately after I invested. We had to quickly review the business and make some significant strategic changes in order to ensure the business would remain viable.”

Moar took on the role as Managing Director for four years, before resigning from his position and selling his share of the business in May 2019. “I no longer enjoyed the job and on more days than not, I found myself resenting the business. It’s a behemoth of a thing with roughly 1000 prescriptions a day and more than 45 staff, servicing multiple aged care facilities, a pharmacy depot and various distance supply centres,” he says. “With young kids who thought the pharmacy was dad’s home, I took an opportunity that came along to exit and sell my share and have some more me time. I remain in the business as an employee pharmacy until I work out where my career should take me next. Aside from my pharmacy career I also have some minor roles in public health as director of the board of the hospital, and sitting on various clinical advisory councils. I’m also a current board member of the Victorian Pharmacy Authority.”

Moar’s pharmacy was first audited in 2016, after it had been identified making multiple PBS claims for ‘same date supply’. Medicare states, ‘A PBS prescription may only be written for the treatment of one person. A prescriber cannot write more than one PBS prescription for the same pharmaceutical benefit for the same person on the same day’. Moar says these claims could have been a result of staff regenerating repeats, but were more likely a result of the doctor shortage in the area. “It was a common practice for doctors in our area to provide patients with more than one prescription for the same item on the same day, assuming they’re helping the patient by providing extra scripts,” he says. “However, they didn’t understand that they were actually unable to provide a second prescription on the same day as a PBS benefit. It took a long time working with them to educate them. The audit could have been random, but I assume we were on a PBS naughty list and were due for a cyclical review.”

Moar received a call from Medicare Australia, saying they’d identified duplicate PBS claims, they’d be writing their findings and that Moar would have an opportunity to review and respond. “The document came in the mail with more than 60 pages of potential incorrect payments that did not qualify as a PBS benefit,” he says. “It was a notification of an audit they had already completed at their end, stating I owed them a certain amount and it was up to me to disprove or disagree with their findings.”

The amount owed was significant and as it stood, would have had major consequences on Moar’s business’s cash flow. “I didn’t accept their findings as gospel and proceeded to pour over their reconciliation with a fine tooth comb. I was able to review our dispense records and PBS claim statements and was able to identify which items should not have attracted a PBS benefit under the same date of prescribing rule and which items I had dispensed which Medicare Australia had identified as a fraudulent claim, which I believed should have attracted a PBS benefit,” he says. “These were mostly items that had been dispensed on a general prescription, followed up by dispensing the same item later on an authority prescription which the doctor had generated on the same day. I had numerous conversations with the pharmacists at Medicare Australia to confirm my understanding of what is payable and what is not a PBS benefit – more for reassurance – and prepared a submission to send back to them.”

Moar was given six weeks to respond to the documents – it took the pharmacist four. “The final result of the audit was a large figure repayable to Medicare Australia. They accepted my findings, however there were still a large number of supplies for which we should not have been paid – we had supplied the item and made the PBS claim when it wasn’t justified,” he says. “Aside from a large bill, some cash flow juggling and a letter from Medicare Australia reminding us of our obligations and suggesting we were still on the naughty list and would be reviewed and subject to further audits in the future; (Moar’s pharmacy was audited again at the beginning of 2019, however this was much smaller in nature) there were no other repercussions.”

The pharmacist says knowing your obligations is key to avoid being audited. “We are informed in real time on the validity of a PBS claim; review all warnings PBS provide at the time of dispensing and understand why they are giving you these warnings,” he says. “Train your staff, including dispensary assistants, in how to read these warnings and what they mean. I find dispensary assistants to be more compliant with the rules than pharmacists and dispensary assistants will quickly tell you when you’ve missed something or done something wrong – it’s like a badge of honour for them catching the pharmacist out. If ever unsure, just call Medicare Australia; they are generally very helpful.” Finally, Moar says it’s important to back up the findings with your own research. “If you’re audited, the process isn’t entirely within your control. Accept that it’s happening; it’s stressful but you just have to go with it,” he says. “Don’t accept their findings as being entirely accurate – get advice, review what they are telling you and don’t be afraid to dispute. If you are a member, the Pharmacy Guild of Australia can be helpful in giving you guidance as you go through an audit.”

The complexities of compounding

When running a compounding pharmacy, the process of PBS claiming can sail through complex waters, as pharmacist Kevin Lee found out*. Kevin has been a pharmacist for nearly 20-years and has owned his own pharmacy since 2007. In November last year he received a notification from the Department of Health with the news his PBS claims were being audited. “I’ve never had a notification like this so it was a new experience,” he said. “It was a general audit of all compounding pharmacies and the way we claim extemporaneously prepared creams and topical solutions that are covered on the PBS.”

Perusing the Department of Health’s pricing webpage for compounding pharmacists, you start to get a sense of the complexity. “The legislation is very hard to get your head around in the sense that, with those sorts of prescriptions it’s really set in a way that we have the ability to price the prescriptions as we wish,” Kevin said. “So really, it’s open to a lot of scrutiny.”

The initial timeframes for Kevin to respond weren’t what he called “very feasible”; however, Kevin and his team were eventually granted a more generous deadline to go through more than 200 prescriptions, providing evidence for how the price was set. “It took us a while to get through them,” he said. “The department reviewed what we had submitted and came back and advised that based on our submissions, we didn’t comply with the way that the prescriptions should be priced and we were basically asked to pay everything back. We had to pay back a ‘debt’ of around $20,000.”

For Kevin, it was a process that was hard to get his head around. “It wasn’t as if we wished to intentionally go out there and claim for more than what we should have been getting,” he said. “The explanation was very poor on the website. The way the legislation is and even the number of pharmacies that have to go through this, it’s safe to say that no one really understood how it should have been claimed.” It took nearly a year for Kevin to again gain approval to reclaim the scripts for how they should have originally been claimed; leaving him out of pocket and with hours of work he didn’t have to spare. “The work was the biggest task; it was in excess of at least 30 to 40 hours; all time we’d rather spend on other things,” he said. “The claiming process has no way to account for or claim labour, so it’s all on the actual ingredients. It became very clear that these sorts of prescriptions aren’t viable. We basically made a decision to keep the current clientele, but for any new clientele we gave them the option of either having it done privately, or to pay for the labour out of their own pockets.”

Kevin said diligent record keeping is a must for pharmacists should they be audited; fishing one receipt out of thousands over the previous two years is otherwise a nightmare. “Most other audits would be to do with standard scripts, not compounding scripts, and if that’s the case it’s a matter of ensuring that you have very accurate and efficient retrieval processes, so if you need a copy of the script, it’s easy to access. For us it was pretty simple as we have an easy system to follow,” he said. “The other thing I would say is that with PBS Online, pay close attention to the messages you get back about the prescriptions that have been proved but haven’t been processed in the right way. Pharmacists need to be diligent in checking those and ensuring they rectify the problems as they appear so that they’re not left with something that ends up being reimbursed based on a simple technicality.”

What are your thoughts? Jump into the Beehive Forum for this article HERE 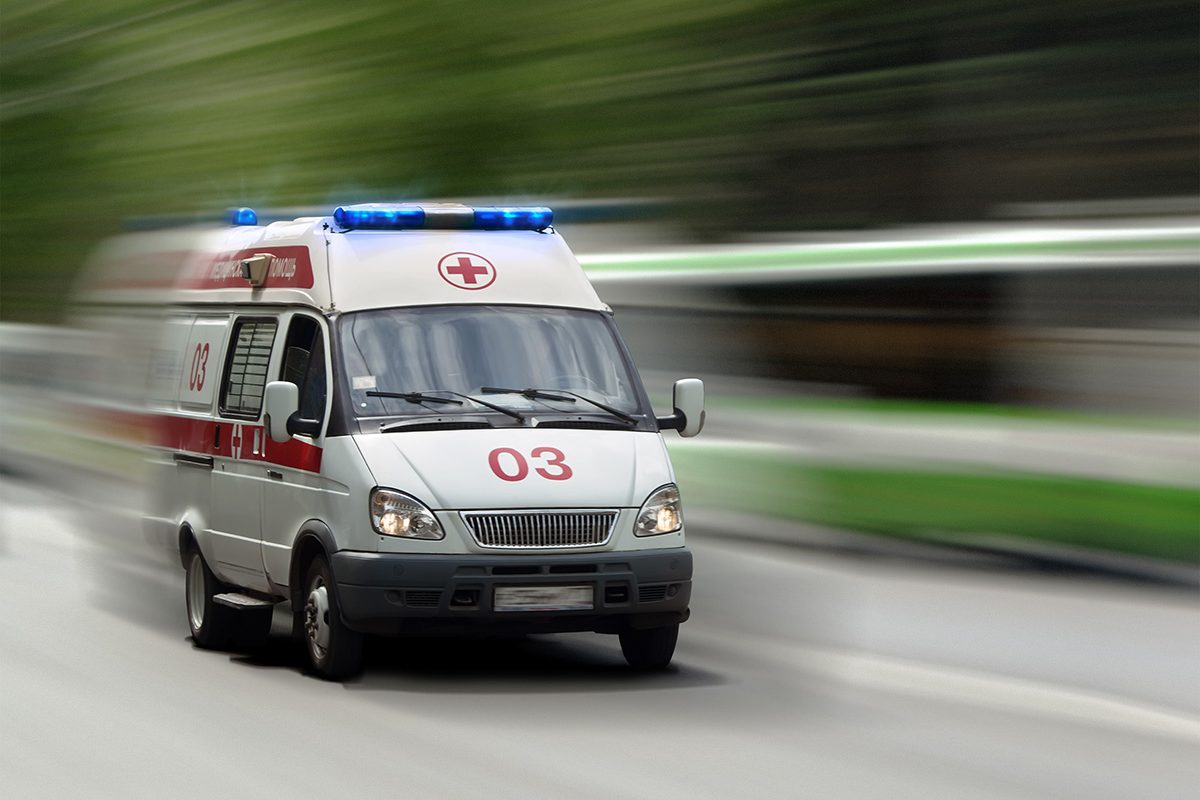 My Pharmacy Killed Me – What I Learned

We all have our stressful days at work, but owning a pharmacy can put the stress in a whole new ballpark. It wasn’t until Beezwax…