What If My Pharmacy Blows Up? – What I Learned When This Happened To Me 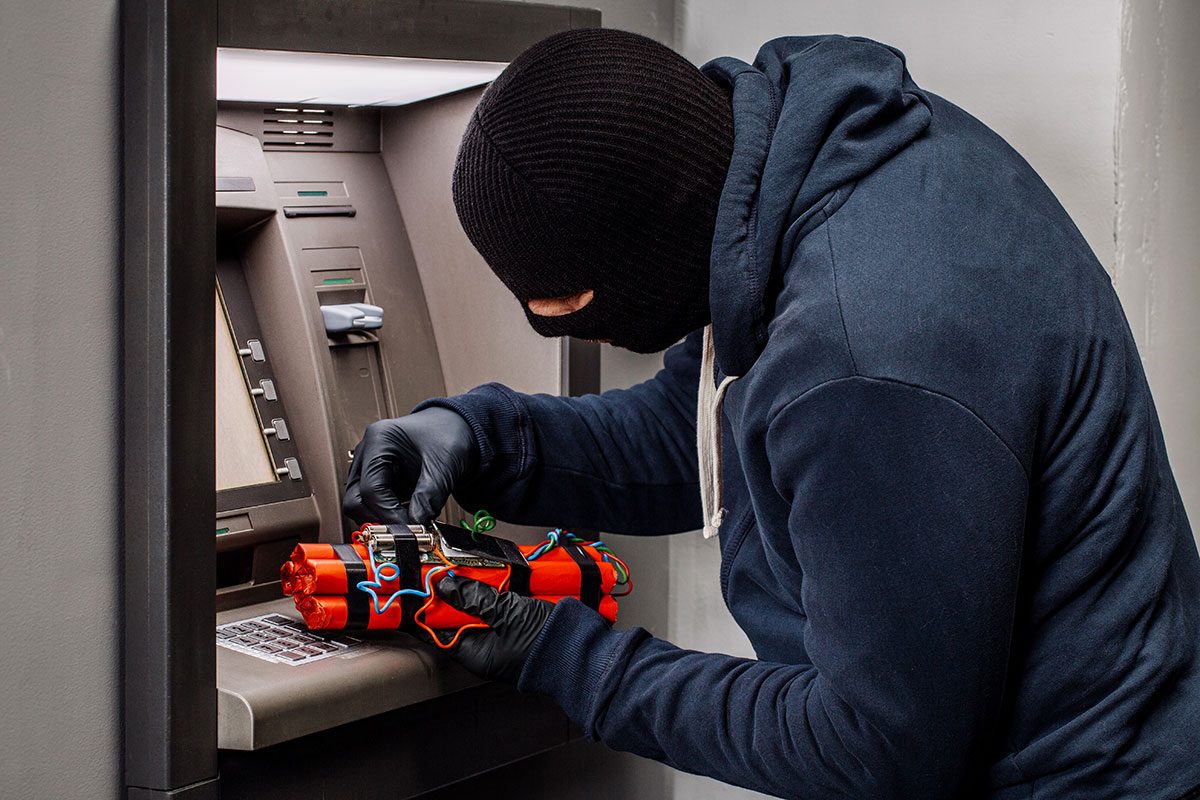 Have you got a security procedure in place? While it’s easy to think it won’t happen to you, pharmacies are often the target of criminals and petty theft. Take a leaf out of my book and get security savvy – or risk paying the consequences.

It’s not every day your pharmacy blows up. In fact, for most people, it’s never. Unfortunately for me, in October 2011, the day arrived. It was 3am when I got the call from my security company. My pharmacy had been broken into in Melbourne. I called the police and met them at my shop to see what had happened. I figured there might be some smashed glass and braced myself for a bit of damage, but nothing could prepare me for what I saw when I arrived. Intrepid would-be-thieves had filled my ATM machine with gas and blown it up like a bomb – blowing the machine across the road. On the CCTV footage, we saw the felons come up to the machine to try and prise the safe open, enter the shop briefly before scarpering without taking a dime. My pharmacy was deemed a crime scene for the day, with reporters camped out the front, eager to get a comment. We even continued to serve our customers – getting items they wanted and ferrying it to them through our obliterated shopfront! Now, pharmacies are often targets of crime, both for cash, drugs and petty theft. While having your shop blown up is a rare occurrence, I learnt some valuable lessons that day about the protocol required as a victim of a security breach. One valuable lesson is to become acquainted with a protocol! As well as having a plan in place for emergencies.

Meanwhile, it’s not just ATMs-turned-bombs that pharmacists have to worry about. Shoplifting and petty theft is an enormous issue and one that needs to be taken very seriously when it comes to your shop’s bottom line. In Australia, theft across the retail industry in general sits at around 3 per cent of turnover. 9,000 stores across Australia and New Zealand were surveyed by The Australia and New Zealand Retail Crime Survey, revealing $3.37 billion was lost in the 2017-18 financial year. 57 per cent of this was due to shoplifting; a figure jumping 16 per cent in just two years. In Australian pharmacies, some of the items most coveted by thieves include vitamins, perfume and cosmetics, however when economic times are tough, shoplifting rates increase and items like baby food are the target of sticky fingered customers.

While thieves are split between the impulsive, opportunistic kind and skilled professionals who work alone or in gangs, there are plenty of strategies to put into place to help slash the rates of theft. These include the high tech and the low spec, with procedures for every budget.

Get taggy with it

RFID tags and electronic gates are an obvious a security measure, however keep an eye out for thieves who remove the packaging or swap barcodes with cheaper items. Here, training of your checkout staff is invaluable, as they can recognise product pricing. The harder you make the packaging to remove, the less inclined shoplifters will be to wrestle with your products in the aisles.

Greet with a smile…and a watchful eye

Small, personable pharmacies are less likely to be targeted than larger discount chains. Having adequate staff on the floor that go out of their way to greet each customer as they walk in helps promote the wonderful service orientation your pharmacy will be known for and also instils the feeling of surveillance to those with less pure intentions; leaving customers feeling cared for, supported…and watched.

Look at your store’s blueprint

The theft of cosmetics is rampant, so it’s a smart move to have those items close to the cashier where they are easily watched. Likewise, in areas that are hidden, the use of mirrors is a helpful deterrent, shining a light into quieter places where it’s easier to slip an item here and there into a bag or a pocket.

Smart and frequent inventory management is an incredibly effective technique for preventing loss, using barcode scanners and powerful POS to monitor stock units consistently. By knowing exactly what stock is going missing, it helps you to place your goods in a way that lowers the risk of theft.

Prevention is better than cure

Old fashioned deterrents remain hugely beneficial. Signs declaring surveillance and cameras (whether working or dummy) work to prevent impulsive and opportunistic thieving. Did you know, signs with eyes on them have been shown to increase compliance with shoppers? Make sure you have enough cameras to cover all areas of the shop, including the front and the rear. Unfortunately, staff theft is a real thing and the use of cameras are a fantastic deterrent. Cameras are relatively cheap these days and wireless tech means it doesn’t have to cost an arm and a leg in sparky fees. Meanwhile, educate your staff and have procedures in place so that they can easily and quickly alert others when suspicious behaviour is being displayed. This staff policy might also include a procedure around bags being checked upon leaving the store.

There is no one size fits all and it’s a system of trial and error when it comes to your pharmacy. However, the best plan of all is to have a plan. Start with getting to know your customers very well and work backwards from there. And while some customers aren’t the purest of hearts, it’s important to treat each person as a valued friend. They are, after all, the foundation of your business.

Hopefully this has never happened to you… what horror stories can you share? Jump into our discussion forum here 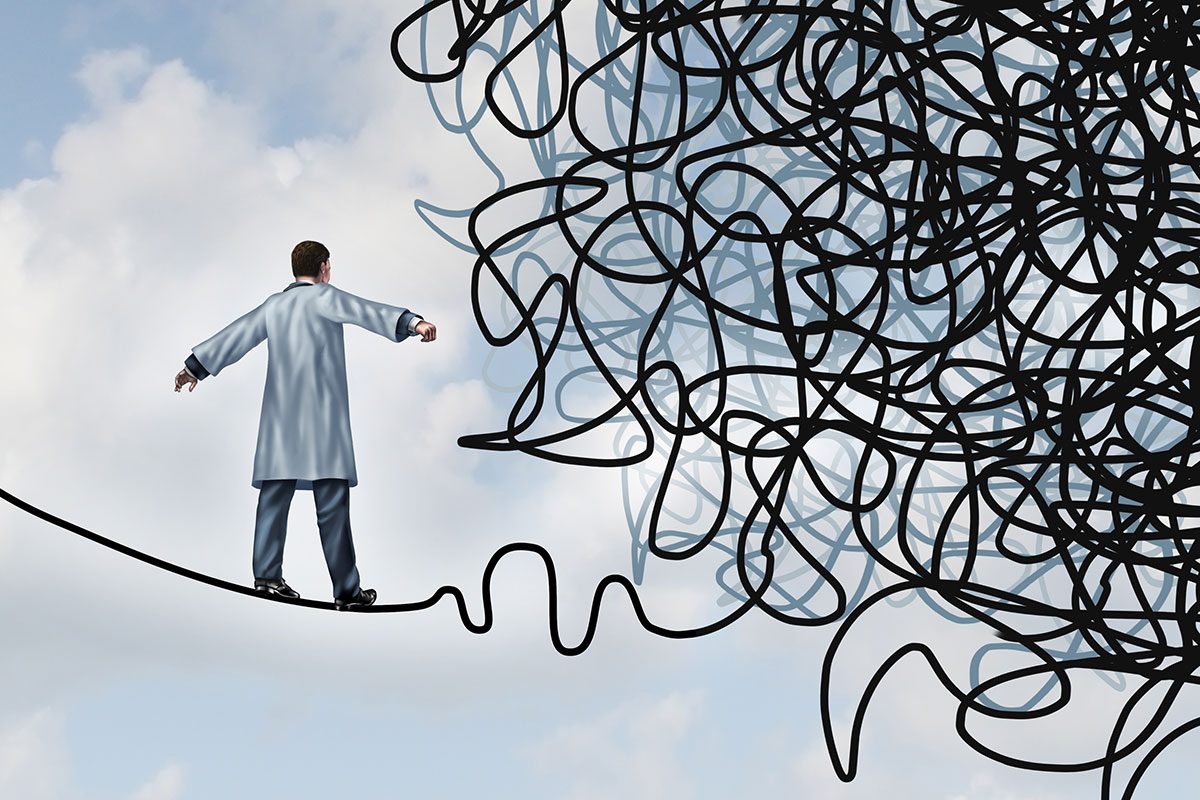 7 Signs Of Pharmacy Burnout You May Have Missed

Burn out. Most of us have been there, but don’t even realise it. The symptoms of burnout are insidious. They creep up on you without…